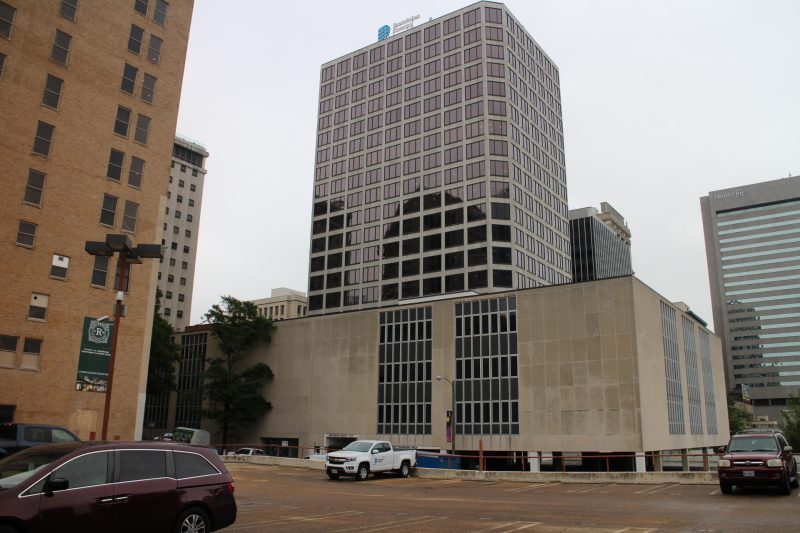 Genesis Properties is under contract to purchase Dominion’s 20-story Eighth & Main office building as well as a nearby parking deck at 620 E. Cary St., and convert the properties into 600 new apartments. 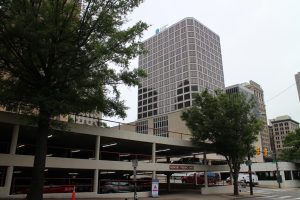 Genesis Properties is planning 300 apartments to rise atop this parking deck as well as in Dominion Energy’s office building on East Main. (Mike Platania photos)

According to documents filed with the city last week, Genesis is planning to convert the existing office building on East Main into 300 apartments, while building a high-rise apartment building atop the current three-level parking deck on East Cary that would house an additional 300 units. Each project also has the potential to have ground-floor commercial space.

Genesis Director of Development Ed Solarz and Dominion representatives each confirmed that the land is under contract to be sold. Solarz declined to comment further.

Dominion spokesman Ryan Frazier said the company, as well as other office tenants, will continue to have people working in the Eighth and Main office building for the next four months or so.

The two properties were most recently assessed at a combined $37.6 million, made up mainly by the Eighth & Main office building’s value of $35.1 million.

The projects would be among the largest that Manchester-based Genesis has taken on yet. Its other recent work includes the renovations of the Holly Springs Apartments in Manchester and Bellevue Apartments in Northside. Founded by Ron Hunt in 1985, Genesis Properties often includes income-based units in its projects.